On 3 months Ago
SIC

Protesters are angry over Garamendi’s lack of concern for the safety of loved ones in India.

MINORITIES OF INDIA, SIKHS, AND THE PUNJABI COMMUNITY TO PROTEST

“As U.S. citizens, we are disappointed with the letter that Congressman John Garamendi wrote to the Indian ambassador to the United States of America, regarding the current ongoing protests by farmers in India. Congressman Garamendi has taken a soft and apologetic approach in dealing with a dangerous and volatile situation that involves millions of peacefully protesting farmers, who are being subjected to violence through the usage of tear gas, water cannons, and violent assault by the police.” 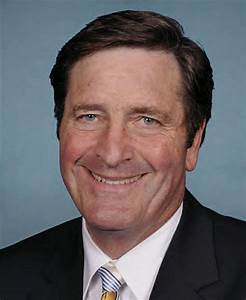 “The United States Commission for International Religious Freedom (USCIRF) recommended in June of 2020 that India should be designated as a ‘country of particular concern’ and to ban certain Indian officials from visiting the U.S., since they were engaging in and tolerating systematic, ongoing, and egregious religious freedom violations.”

“Garamendi is apologetic to the Ambassador, stating in his letter: ‘We must acknowledge that we have also struggled at times in the United States to live up to the ideals of a just, democratic society,’ he wrote. Amid an explosive crisis as this, such cunning and vague writings from a Congressman of the world’s most powerful nation will encourage the fanatical and powerful elites of an Indian State that wears the chains of its own ongoing sordid history.”

SIC is a 501(c)(3) registered non-profit dedicated to peace, liberty, and prosperity.

An Open Letter to Mr Baldev Singh, coordinator Kisan Ekta Morcha regarding the reality of the American Sikh Congressional Caucus

A Revolutionary book on Sikhi by Bhajan Singh Bhinder and Pieter Friedrich, “Captivating the Simple Hearted” now in Tamil, titled “Flowers that Blossomed in Blood”.